Bitcoin Rebounds After Coronavirus Outbreak Related Disruption In China With Increase In Hashrate Since The Last Fall.

Bitcoin Rebounds After Coronavirus Outbreak Related Disruption In China With Increase In Hashrate Since The Last Fall.

The BTC, the average hashing power on bitcoin is rebounding since the last 7 days and is currently at 117.5 exahashes per second (EH/s), up 5.4 percent from where it stagnated previously since January this year.

The Average hashing power on bitcoin network is increasing again as the bulk of the miners based in china gradually resume business after the outbreak. The virus outbreak in Wuhan, china has spread across the nation and has impacted all travel and services.

This had delayed mining equipment shipments to BTC miners. Mining rig manufacturers as of February like Canaan and Bitmain have issued notifications about delayed shipments of mining rigs to china, thus impacting mining activity and reducing the BTC hash rate.

Will The Coronavirus Affect The Overall Hashrate And Upcoming Bitcoin Halving?

News media stated that mining operations were affected as a result of the outbreak. The mining companies were severely affected by employees not reporting to work, sick leaves and quarantine protocols. One of the mining enterprises in Xinjiang was shut down.

With more than 65% of the worldwide SHA256 hashrate residing in china alone, speculators have commented that the average hashrate drop is a direct result of the coronavirus quarantine protocals. BTC’s previous hashrate had averaged about 110 exahash per second (EH/s), but the figure had dropped to around to 97 EH/s on February 19. There was a possibility that miners outside china were carrying the weight.

“with more than 65% of the worldwide SHA256 hashrate residing in china alone, speculators have commented that the average hashrate drop is a direct result of the coronavirus quarantine protocols”

The virus had significantly impacted the BTC mining operations in Xinjiang, Inner Mongolia, Sichuan, and Yunnan provinces. But as of today, BTC.com data further estimates that the mining difficulty for bitcoins would increase by 2.15% when it would adjust itself and rebound in the next few days, due to the increased hashing power in this timeframe.

The major Chinese mining equipment manufacturers who were till February, had been having problems in getting mining equipment shipped across the country due to quarantine protocols are now gradually resuming them over the past few weeks. The outbreak had caused mining activities to decrease in the Chinese New Year holidays.

Shenzhen-based MicroBT, maker of the WhatsMiner and Beijing-based Bitmain have restarted global and domestic shipments since end of February. These two companies are in a race to provide top of line equipment ahead of bitcoin’s halving in the coming month of may. This would be the 3rd halving of the currency in its 11 year history. This would reduce bitcoin creation from 12.5 to 6.25.

A Rather Slow Recovery Nonetheless:

However, the mining equipment manufacturers have been slow to resume their delivery of equipment as well as manufacturing operations as it was at the start of the outbreak. F2pool stated that the overall logistics capacity across china has still not fully recovered, since many mining operations got impacted due to lack of maintenance arising from quarantine protocols.

Read More: Coronavirus – Can Blockchain be the Answer to Contain Similar Future Outbreaks?

Major manufacturers have launched new products such as the Bitmain’s AntMiner S19 and MicroBT’s WhatsMiner M30, however there would not be additional equipments like AntMiner S17 or WhatsMiner M20 series introduction in the market.

But new information coming out of china has emerged that mining equipment shipments have since resumed and maintenance operations in farms have increased. This is expected to increase the hash rate by 130 EH/s in the next two months before bitcoin halving which would be another 10% jump from now. However, Bitcoin’s hashrate will likely remain around at 120-130 EH/s before May.

The growth in hashing power may be slowing down. However, it’s still growing at 5 EH/s in hashing power over the past week. According to the BTC.com date Bitcoin,s average hash rate has reached 110 EH/s since jan 28 and had remained at that level for the next 4 weeks but the price of bitcoin has remained the same in that period of time.

Many Chinese provinces where mining activities are located are slowly coming to a state of normalcy and the government has began to lower the level of emergency response to the outbreak. It is expected that logistics of mining companies will recover and mining equipment shipments as well as mining facilities will begin to recover, albeit slowly. 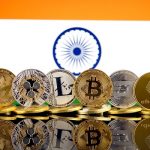