Blockchain Conferences Across The World Have Cautioned Attendees Against The Coronavirus Outbreak.

Blockchain Conferences Across The World Have Cautioned Attendees Against The Coronavirus Outbreak.

Be it the Ethereum Community Conference (ECC) held from March 3 to March 5 in Paris, or the ETH London hackathon held from Feb. 28 until March 1, it was the same scene everywhere, attendees were being cautioned to take extra precautions due to the COVD2019 or Coronavirus outbreak. Numerous blockchain events were getting cancelled rescheduled or postponed; those that were held saw empty seats and webinars being used to live stream to the audience.

Conferences everywhere were being cancelled: Public events around the world were being cancelled with many people reluctant to travel abroad to attend public conferences for the fear of being exposed. The London conference on blockchain had an exceptionally low attendance and saw numerous empty seats. The presentations to be held on live stage were rescheduled and held over live streaming webinars. The UK summit on blockchain had a very slim attendance, not surprisingly, since a rise of 46 confirmed coronavirus cases in the past 24 hours, taking the United Kingdom’s total count to 319.

But organizers remain unfazed: But despite the paranoia gripping the nation, the London blockchain week is set to continue, with event organizers taking extra precautions to prevent the spread of the virus in the summit.

Attendees were, in some cases, asked to get themselves tested. Until the Covid-19 scare blows over, event organizers at the summit and many other similar blockchain meet ups must adapt in order to keep the show on the road and avoid any unforeseen events like a potential outbreak. Conference organizers were taking extra precautions, just to be on the safe side, at the same time avoiding any potential scaremongering.

But the scare is real and ever present: But, if the empty seats at premier blockchain conferences across the world, have anything to say, its that, participants and attendees were potentially scared of the COVD2019 being spread in these conferences due to the diverse geographies from which attendees were coming from.

The outbreak which originated in china, has spread rapidly across the world, within a very short span of time, with air travel primarily to blame for its spread. And such conferences were being viewed by potential attendees as a source for the infection to spread.

Read More: How To Survive The Coronavirus Crisis And Keep Your Company Alive

Add to this fear, the constant media focus on the issue and government health departments issuing cautionary warnings to remain safe and take necessary precautions, have all combined to make conference attendees skeptical about their health and wellbeing, as well as those of their fellow conference attendees.

Salutatory government advisories and travel bans put forth by various nations have also contributed to low attendance numbers in blockchain conferences worldwide. The CryptoCompare Digital Asset Summit, one of the most hotly awaited events of the London blockchain week, is still set to continue.

Conference attendees remain cautious; But safety is clearly on the priority list of the organizers of the events. These conferences have guest speakers coming from various nations and they represent the foremost authority on Blockchain development, their presence is of the utmost importance. But since the outbreak began many of the guest speakers are cancelling, rescheduling or are forced to remain absent from the conferences due to the statutory travel bans imposed by their respective nations.

The Paris Blockchain Week, 2020 was recently postponed till Dec. 9th, after France had instituted a ban on large indoor gatherings at the end of February. But The Ethereum Community Conference was exempted from the ban, since, it had less than 5000 attendees. In Italy, the upcoming EDCON event was also canceled on Feb. 22.

Its not just Europe, the Hong Kong Blockchain Week 2020 announced that it has been rescheduled for Sep. 28 to Sep. 30, after postponing the event at the end of January. The announcement came after The Hong Kong Token2049 conference was rescheduled for October, due to the impact of the COVD2019 scare. South Korea’s Nitron Summit 2020 also got postponed at the start of February due to the impact of the outbreak.

Read More: Coronavirus – Can Blockchain be the Answer to Contain Similar Future Outbreaks? 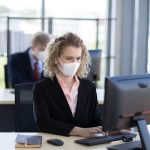 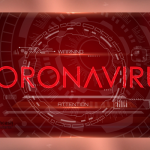