The USD$7 billion plus remittance industry in Australia is on the rise, but charges related to the service are high and have become a problem area for those who use it the most. California-based blockchain company HashCash Consultants plans to introduce its product – HC Remit – to the Australian remittance market to make the process of executing cross-border money transfer more affordable.

For decades, Australia has been the top destination for a steady influx of migrants in its part of the world. The globalization of the workforce has led scores of foreign nationals to seek employment on Australian shores. The demand for a convenient, quick-to-access remittance system has largely been attributed to them.

The global remittance market size is projected to reach $1,227.22 billion by 2030. But the current systems in place leave much to be desired. It’s expensive, takes days to process, and often requires a person to hold an account with the bank through which the transfer is to be made. The difficulties relating to this system are extended to the receiver’s end as well, mainly because most of the remittances (70% of the total) are sent to rural or less developed regions which may be bereft of traditional banking facilities. The high fees paid by migrants for making remittances have become a point of concern for Australian and international policymakers.

This has brought to the forefront the scope for broader collaboration between deposit takers like banks and HashCash Consultants. The blockchain company’s product HC Remit is one of the most widely used tools implemented by banks to transfer remittances using cryptocurrency. HC Remit operates on HC Net, carrying out currency transfers in a fraction of the time taken by traditional methods to do the same, and at much lower costs. It successfully replaces EOD recon with real-time reconciliation of transactions and can be used to track and record asset and currency movement across borders.

Currently, the majority of international remittances transmitted by Australian banks go through the SWIFT network in the form of transfers from one bank account to another and as international bank drafts. HC Remit eliminates the processing cost of SWIFT, replacing it with free SWIFT-like blockchain-based messages which integrate seamlessly with the banks’ current infrastructure.

Other benefits of using cryptocurrency for remittances include easy accessibility in hard-to-reach places, transparency and traceability of virtual coins, and immunity of the value of crypto coins from fluctuating according to geopolitical regulations.

Australia has been exemplary in leveraging the benefits of immigration and this has significantly propelled prosperity at home and in the native countries of the immigrants. This is true, especially in the case of the financial and social economies of the APAC countries such as the Philippines. This nexus between finance, technology, and geopolitics, not only makes Australia one of the primary nations to see a growth in the use of blockchain and cryptocurrency, but also developing regions the next big stop for DLT to flourish. 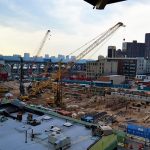 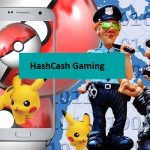