educating its wide audience-base on the concept, potential and risks of blockchain technology.

The conversation also featured prominent figures from the blockchain industry in both private and public sectors including Don Tapscott, the well-known author of “Blockchain Revolution.”

Most notably, after Tapscott and Chen kicked off the discussion by explaining the basic concept of blockchain and distributed ledger technology, the host continued by suggesting blockchain is the second phase of the internet and has a value 10 times greater than its predecessor.

On that theme, Zhang commented:

That said, the program was in parts critical of the nascent technology and the topic of initial coin offerings (ICOs) did not escape the conversation.

By summarizing some of the usual marketing slogans used by potentially fraudulent ICOs and having each speaker to explain them to the station’s wide audience base, the program again signaled the station’s ongoing efforts to scrutinize cryptocurrency projects in China.

Just last week, CCTV blasted domestic token sale activities as still “rampant,” despite a 2017 ban on ICOs in the country. 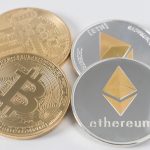 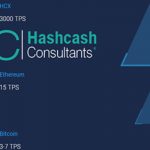