Members of China’s Communist Party will from now on prove their allegiance to the party on Blockchain. It was just last week that Chinese President Xi Jinping called upon his countrymen and urged them to “seize the opportunity” created by Blockchain technology, making headlines all over the world. The CPC followed soon marching on the path set by their leader. The party has launched a dapp (Decentralized App) for the members so that they can prove their allegiance to the party on the blockchain.

In a statement released by the Communist Party of China, it was detailed that the daap named as “Original Intentions Onchain”, will allow the members to pledge their loyalty to the party and save it on a shared Blockchain network.

“Original Intentions” as a term has deep meaning in this context as it was a specific choice of words used by Xi in his speech in 2017 at the 19th National Congress. This initiated a major educational campaign and propaganda for members of the party to show their commitment to the party.

According to the statement by CPC, a Beijing based company named Lingzhu Technology has developed the daap. However, there was no detail concerning the Blockchain developer all the team behind the app.The registration data of the company shows that the state-owned capital linked to the Tsinghua University of China invested in Lingzhu Technology. It also claims of developing a blockchain network named the OF.

The company had previously launched a cryptocurrency called OFCoin, which has been listed on exchanges in 2018. Shortly after the dapp was launched by CPC, the price of OFCoin spiked up as much as 90 percent to $0.000326. Later on, the coin dropped by 35 percent with a few million dollars in daily trading volume.

Xi’s speech has had an overall ripple effect on the Blockchain and crypto space in China generating significant interest among people. It was recorded that search results for the term Blockchain in Chinese on search engine Baidu spiked 200 percent on the day of the speech. The effect was the same on WeChat. There was a positive effect on Chinese cryptos like Vechain, NEO, Ontology, Qtum, Tron, etc. getting profitable gains ranging between 25 to 90 percent.

The ripple effect hit the stock market as well, as stocks tied to crypto and Blockchain saw good growth. The stock price of cloud computing firm Xunlei spiked to 107 percent in the USA. Over a hundred public companies offering Blockchain solutions saw growth in prices by 10 percent. There was significant growth calculated in Hong Kong-based Blockchain companies as well. 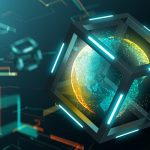 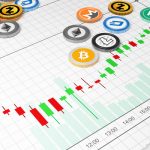