HashCash Initiates a Collaboration with the Defense Sector

HashCash Initiates a Collaboration with the Defense Sector

In a rare occasion of recognizing a hero from the enemy side, back in 1983, Soviet Lieutenant Colonel Stanislav Petrov is said to have prevented a nuclear war between the US and USSR by ignoring false radar readings of a US nuclear strike, later determined to be caused by a technical malfunction. Since luck can favor the fortunate only so many times, the defense sector is taking decisive steps to improve the security of its nuclear arsenal and programs, which, according to reports, are actually extremely susceptible to cyber threats.

To understand how real the implications of compromised cybersecurity are, consider the case of Minuteman missiles – the first multiple independently targetable reentry vehicle (MIRV) ICBM to be deployed. In 2010, 50 Minuteman nuclear-armed missiles housed in underground silos in Wyoming failed to show on the monitors of their launching crew for nearly an hour, making them technically powerless over the deployment of the weapons of mass destruction. This caused considerable panic that even reached the Oval Office.

The temporary lockdown was pinned on an improperly installed circuit card in an underground computer, but it does not stop critics from questioning foul play by hackers or enemy forces who had discovered a way to exploit a deficiency in the control network.

On investigation, it was found that one of the loopholes that have kept the security system from being waterlocked is the lack of adequate control over the supply chain for nuclear components. A majority of the hardware and software required to take a ballistic missile from the drawing board to battleground is acquired from commercial vendors who may not have a system to check for malware, making the final product vulnerable to hacks. Since there is a strong argument against designing the firewall using the latest technology – apparently, the greater the dependence on updated software, the more are the chances of unethically breaking into it – a change in how the defense keeps a tab on the supply chain of the constituting parts of the security system may tip the balance in their favor.

Keeping this in mind, the USFA is looking to increasingly adopt blockchain to revolutionize the mechanism of provenance tracking. Software companies, such as California based HashCash, is being roped in by government actors and weapons manufacturers to lend their expertise and services on the implementation of a decentralized, immutable ledger. Its authenticity will be guaranteed by the fact that data can be added to the storage chain only after thorough vetting and verification process carried out by personnel with the required clearance. This data bank can then be revisited by other parties as well for reference and attestation easily, increasing its transparency even more.

Since it was founded in 2015, HashCash has established itself as a prominent name in the blockchain business with their cross-country banking services and products in use in over 26 nations. The company has revealed plans to charge into other industries as well – gaming, entertainment, medical research, diamond mining. A recent collaboration with BlockSafe is an example of their successful engagement in efforts to enhance weapons safety in the US, a crucial step in the wake of a string of horrific mass shootings.

Raj Chowdhury, MD of HashCash, says, “We live in precarious times, and fear we are just one last provocation away from entering Nuclear warfare. A secure nuclear arsenal not only puts us in a place to defend our country well, but maintaining it in a hack-proof environment ensures that we, even accidentally, don’t become the party to start the exchange of fire either.”

With adversaries like temperamental North Korea, a vulnerable security can cost the US a heavy price and not taking adequate measures to close the loose ends could end in unforeseen catastrophe. 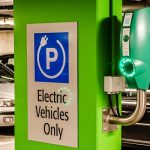