How does Blockchain Get Hacked?

How does Blockchain Get Hacked?

Security and privacy of data has forever been one of the prime concerns of internet users since the early days, which only grew once cyber-attacks became rampant, victimizing the likes of Yahoo, Facebook, Equifax, Target etc. The desperation of corporations to bring forth a deterrent to ease the users was real.

Enter Blockchain! Although the technology had been in existence long before that, it was around this time that it started gaining prominence across verticals.

Now, every technology has its own USP, a unique feature that makes it different, more evolved than the rest. Just like Internet marketed on its value of enhanced global connectivity, Blockchain got popularized through its promise of absolute online security. Rather than been deemed as a publicity stunt, the assurance made sense, as immutability and enhanced security are fundamental to Blockchain technology.

Blockchain Under the Hacking Scanner

However, once pegged as un-hackable, doubts concerning the power of Blockchain began surfacing with increased instances of hack-attacks. As, reported by Coin Telegraph in 2019 hacking incidents led to a crypto loss worth $292,665,886 from twelve major exchanges around the world. Around 510,000 user log in ids were reportedly stolen.

Avail Consultation From the Expert For Blockchain Technology Solutions

So, does this prove that Blockchain being impossible to hack is just a myth? That’s not quite the scenario actually and there is a lot more to it than meets the eye in these hacking incidents. User id thefts and Blockchain based crypto-exchange platform breaches, might have become usual these days, but it is not just because of the lags within the infrastructure. More than often human error has been central to these mishaps.

Before we get further on how or why Blockchain gets hacked or ways that it can be stopped, here are a few probable scenarios that can lead to Blockchain breach:

It is one of the most infamous kind of Blockchain attacks, where hackers take advantage of the validation vulnerability of certain Blockchain networks. Now, we all know that the transaction and the data within the Blockchain gets validated by the millions of miners, who are connected via computers. It is not possible for an individual miner to own the majority of the network validation power, which is also known as hashrate. This makes it next to impossible for anyone to alter the records set in the Blockchain. That’s the bigger networks for you, the case is mildly complicated in small networks where there are lesser number of validators. In such networks, single entities can possess larger share of the validation power. If that reaches the majority share i.e. 51 percent the authority of the certain validator within the network increases making them powerful enough to rewrite or alter the data.

Bugs within the Blockchain protocol source codes is another launch pad for hack attack. It had already happened in 2010, where a hacker took advantage of a faulty code within the Bitcoin protocol. Allegedly, the code became non-responsive is the outcome was too large, leading to a sum up overflow. The hacker took advantage of the flaw and generated around 184,467 billion coins. However, the problem was fixed soon with no harm done as such.

A similar kind of attack in the present day scenario, has a slim chance considering the sophistication and complicated nature of the existing Blockchain platforms. The developers these days run a thorough diagnostics before launching the protocol codes to prevent such mishaps precisely.

Smart contracts are quite popular with Blockchain platforms. It facilitates the transfer of assets seamlessly provided all the conditions are met, post which the execution of the task happens automatically. But a faulty smart contract or one full of bugs can offer the perfect premise for a breach. The hacking of Ethereum Community’s DAO, comes to mind where a faulty smart contract aided a hacker to take $60 million. Since then proper measures, such as hard forking of the network is employed to keep the smart contracts bug free.

This is the kind where hackers take advantage of their possession of large number of nodes within a single Blockchain network. Using that power, they can jam the network with bad or invalid transactions to disrupt the usual activity. This kind of attack is more on the theoretical level and is easy to prevent. The easy way to counter this is to make it virtually impossible for a single entity to own too many nodes with the help of proper algorithms.

A DDoS attack is where the hacker will flood the Blockchain network with immense volumes of traffic to disrupt the transaction requests that are legitimate. Such attacks are common occurrences on centralized platforms. Hackers us the technique to send large number of requests to the central server creating a traffic surge. This results in the bandwidth to run out causing the server to crash. In Blockchain however, such attacks can only slow down the system or its activity rather than actually steal data or coins.

However, you have to know there’s a bit of difference between these two. Let’s see why they are different –

In reality, most of the public blockchains have very different technology architecture than each other. And so, they aren’t interoperable. Therefore, you can’t actually transact on the bitcoin platform using Ethereum.

Read More: What Are The Differences Between Public, Private And Permissioned Blockchain Network?

Thus, this is where the crypto exchanges come into play. In reality, these offer you a platform where you can use almost any kind of cryptocurrency. You can even convert a cryptocurrency into another. Even though they make it easier, however, they are third-party service providers.

Thus, trading is very easy; however, they don’t have the necessary amount of security for their centralized servers. And this way, hackers using blockchain hack tool can easily hack these tokens without any issues. 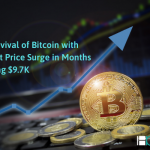 Bull Revival of Bitcoin with Highest Price Surge in Months Crossing $9.7K
Next Post
How Does Generation Z Feel About Cryptocurrencies? 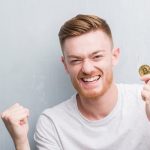