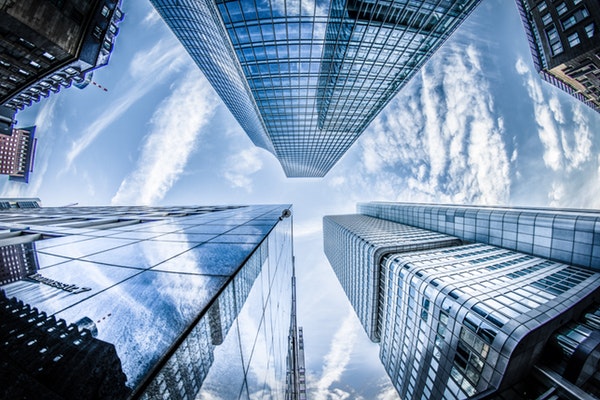 It’s been a while since blockchain technology has been disrupting every industry known to us with remarkable potential enough to bring forth a total technological revolution as we know it. Governments are catching up as well to ride the wave with several who have made headlines by their blockchain initiatives and the list keeps growing.

There was initial confusion when blockchain made landfall alongside Bitcoin, the first cryptocurrency. Many had this idea that both are synonymous. However, it did not take long for them to understand that Bitcoin was based and build on the blockchain technology. Although there is still a lot of skepticism regarding cryptocurrencies, governments showed more interest in the technology on which it was built i.e. blockchain.

Governments all over the world and the public sector as a whole is ridden with several issues and people are losing trust in the system. Many believe that blockchain might be the answer to bring transparency and solve the majority of those issues. There is also a lot of skepticism since blockchain is running on a trustless and decentralized system which is quite contradictory to centralized government operations.

Nevertheless, there is no moving ahead in this digital age without the implementation of the latest technology and hence the interest in blockchain technology by industries and governments alike.

How can blockchain smoothen government operations?

In one way or another, we all have experienced the downsides of availing public services. That’s the reason why people rely more on the services provided by private organizations. But that can change with the right implementation of blockchain technology.

Blockchain-based government initiatives around the world

Here is a list of countries that have already implemented blockchain in their operational sphere:

The Island country of Malta in Southern Europe has its blockchain-based system to maintain academic records. It is done via the Blockcerts platform or application by the Ministry for Education and Employment or MEDE. This blockchain-based system allows an individual and the authorities to create, view, issue and verify the academic records of the citizens of Malta. It has proved to be very helpful in the prevention of falsification of academic data.

Estonia was very diligent in its IT investment since the day it broke apart from the USSR. They have always been at the forefront in accepting any new technology of strong potential. No wonder the country is considered as the most digitally advanced society in the world. It didn’t come as a surprise when they started their blockchain-based e-Estonia project.
Before that, the government had already established digitally advanced public services like e-tax, digital ID, i-voting, etc. However, they wanted to implement blockchain to further fortify their data security. At present Estonia provides blockchain-based services in all their public spheres such as education, health, revenue, residency, etc.

Read more: Estonia is running its country like a tech company

The Republic of Georgia has a blockchain-based land registry system. It was launched in 2016 by the country’s National Agency of Public Registry. Working with the Bitfuri Group they applied blockchain technology in their land title registry process. It has significantly reduced the cost and also processing time of land registration from three days to a few minutes. But most importantly it has added transparency in the land registry system.

Read more: Country of Georgia gets its first crypto exchange

The blockchain revolution in Switzerland started in the city of Zug. The local government uses the Ethereum blockchain for the issuance of decentralized identity, called uPort. Initially, the ID was just used for residential proof, but now they have added other areas as well like voting, municipal services, etc. Apart from that they also accept cryptocurrencies for public service payment in Zug.

Using blockchain technology, Singapore is trying to tokenize the national currency of the country across various blockchain platforms. It is an ongoing project and part of the larger Project Ubin, which is a conjoined effort between a consortium of banks and IT companies and MAS or Monetary Authority of Singapore. The aim is to build a payment system powered by blockchain technology that will eliminate the need for any third-party intermediaries.

Dubai is working its way through the blockchain technology and aims to become the first government by 2020 to implement blockchain to complete all of their transactions. They have estimated that this will significantly reduce their document processing charges.

The Ugandan government is working on a project that will use blockchain technology to verify and track the distribution of drugs to put an end to counterfeiting of medicines. The initiative has already started on a preliminary level as reported by the National Drug Authority of Uganda.

Venezuela is using blockchain technology to rejuvenate the economy of the country. In 2018 President Nicolas Maduro launched Petro becoming the first federal government to have issued digital currency. As per the Venezuelan government, Petro is pegged by the natural resources like diamond, gold, iron and oil resources of the country. Even the citizens are deemed as the most crypto-friendly in the world.

The Brazilian state of Bahi has initiated a monitoring process of public bidding of contracts via a blockchain-based application known as the Online Bid Solution to ensure transparency in bidding deals.

FSA or Food Standards Agency of the UK initiated a pilot project in 2018 using blockchain technology to keep a track of the meat distribution of slaughterhouses. The government is also working on revamping its existing land registry system, property deal procedures and the process of pension claiming.

New Zealand has legalized salary payment with crypto. It was mentioned in a statement published by the Inland Revenue Department or IRD of the country.

Other countries like Russia, the USA, Chile, South Korea, Japan, Australia, and Canada too working on their blockchain-based projects in the public sector with good prospects. 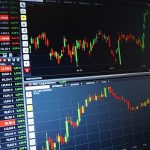 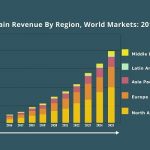